On the 21st and 22nd of June 2016, Zanasi & Partners took part in a field study carried out at Rome Fiumicino airport within the context of the BODEGA project.

BODEGA (Proactive Enhancement of Human Performance in Border Control) is a three-year research effort funded by the European Commission under the Horizon 2020 programme. Its aim is to investigate the psychological factors affecting human behaviour of both travellers and border control operators during control operations at the frontiers.

The two-day event at Fiumicino airport was organised by Agenzia delle Dogane e dei Monopoli and saw Z&P working together with researchers from Thales (France) and the University of Namur (Belgium) as well as with representatives of Polizia di Frontiera.

The field study represented a valuable opportunity for the BODEGA consortium to gather first-hand information about the customs and border control activities carried out at one of the largest airports in Europe. Furthermore, it allowed the research team to gain a better understanding of the role played by two key stakeholders in the European border management process: Agenzia delle Dogane e dei Monopoli and Polizia di Frontiera. 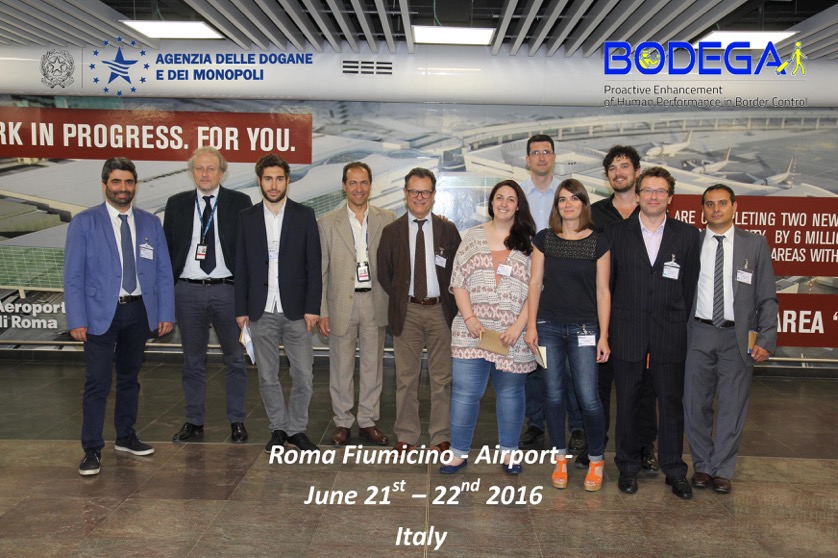