The PYTHIA research project has officially kicked-off. The kick-off meeting was held on the 14th March 2018 at the headquarters of the European Defence Agency, with the presence of EDA’s Chief Executive Mr. Jorge Domecq. 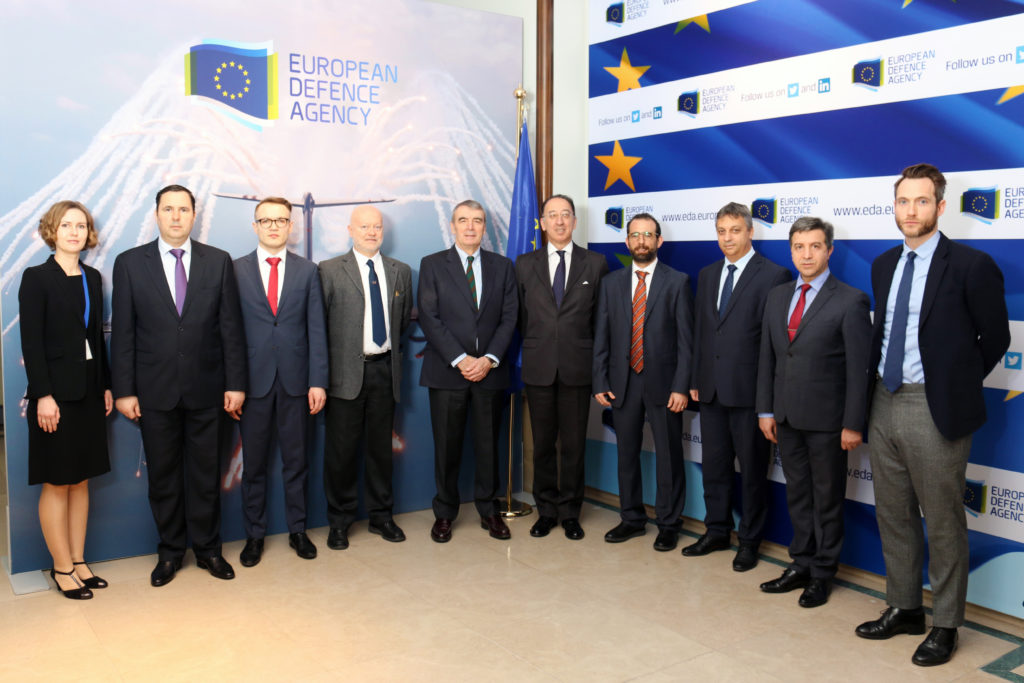 Representatives from the organisations participating to the PYTHIA research project pose for a photographic session with EDA’s Chief Executive Mr. Jorge Domecq

The PYTHIA (Predictive methodologY for TecHnology Intelligence Analysis) research project, funded by the European Defence Agency within the context of the PADR programme (EU Preparatory Action for Defence Research) is dedicated to the theme of Strategic Technology Foresight. The project aims to support strategic technology foresight of individual Member States and of the EU as a whole in the defence domain by performing joint technology foresight activities supported by methodologies such as horizon scanning, technology watch, scientometric tools and expert consultations. It also focuses on identifying emerging defence research areas for potential exploration in the next Multi-annual Financial Framework.

Zanasi & Partners covers the role of scientific and technical coordinator of the whole project.