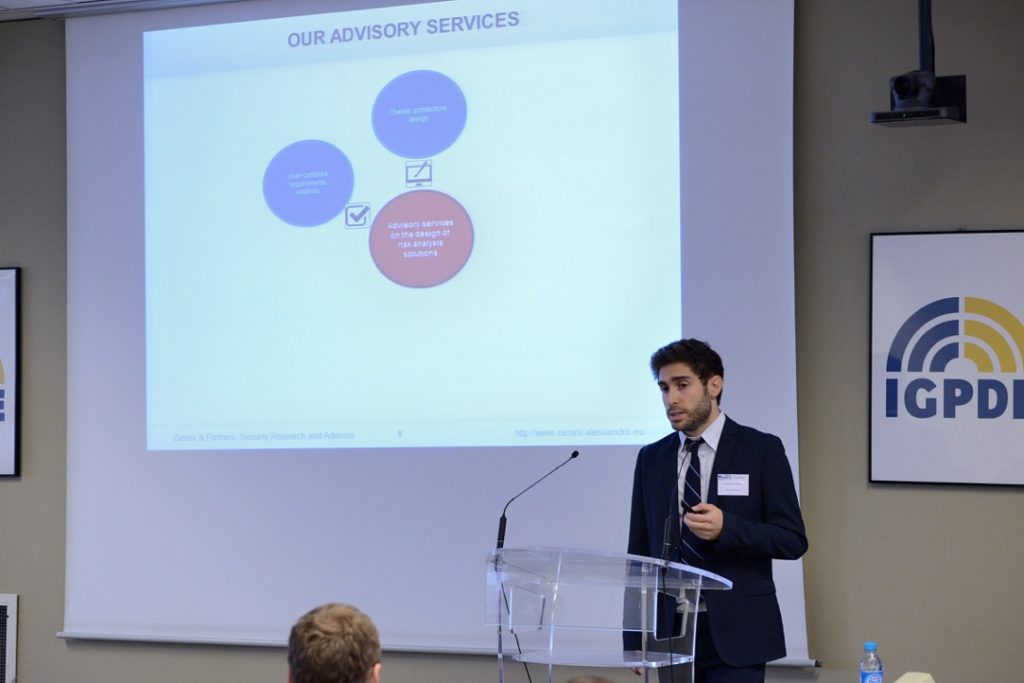 Mr. Bonzio has delivered a speech exploring the exploitation potential of the activities carried out by Zanasi & Partners within the BODEGA project, with a special focus on a solution for early detection of high-risk travellers. Building on the research carried out during the project, Z&P has enriched its advisory portfolio with a new set of services specifically aimed at supporting the design of risk assessment software that meets the operational as well as the human factor needs of border control officers.